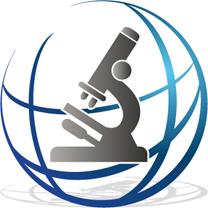 The FDA Food Safety Modernization Act (FSMA) Produce Safety Rule will require many farms growing produce to test their agricultural water as part of an effort to better protect public health by strengthening the food safety system. FSMA enables the FDA to focus more on preventing food safety problems rather than relying primarily on reacting to problems after they occur.

The rule identifies routes of microbial contamination of produce and sets requirements to prevent or reduce the introduction of pathogens. Agricultural water has been identified as one probable route of produce contamination with pathogens that can cause human illness. As a result, new testing requirements have been put in place for certain water used in agriculture.

The rule currently requires agricultural water from a well to be tested four times the first growing season of testing and once annually in the years after. Surface waters used for agricultural production require 20 tests during the first 2-4 years of testing and 5 or more samples annually after. These water sources will require counts of generic E. coli. In addition to these water sources, other on farm water sources will require presence/absence testing for generic E. coli.

Farms will use the water testing generic E. coli counts to track their water quality over time. The counts will be used to calculate a geometric mean and statistical threshold value.

For covered activities, other than those involving sprouts (which have additional requirements and earlier compliance dates):

January 26, 2018: Covered farms for which, on a rolling basis, the average annual monetary value of produce the farm sold during the previous 3-year period is more than $500,000.

January 28, 2019: Covered farms for which, on a rolling basis, the average annual monetary value of produce the farm sold during the previous 3-year period is more than $250,000 but not more than $500,000 (small businesses).

January 27, 2020: Covered farms for which, on a rolling basis, the average annual monetary value of produce the farm sold during the previous 3-year period is more than $25,000 but no more than $250,000 (very small businesses).

Incorporated in 1993, ASI is a nationally recognized, full service environmental microbiology laboratory and has been CDC ELITE certifed since 2009 (the first year of the ELITE program).  ASI is also NYS-DOH-ELAP certified for Legionella (Lab #12021 for ISO11731).  ASI provides reliable, defensible Legionella data to clients throughout the U.S. for regulatory compliance or as part of ASHRAE 188-2015 water safety plans.

Located in Williston, Vermont, ASI is part of the Institute for Environmental Health (IEH) Laboratory and Consulting Group, with corporate headquarters in Lake Forest Park, WA.